The individual language versions (live channels) can then be called up on different project pages. This is recommended if texts in the respective language version are to be displayed in addition to the audio. In addition, we also offer the option of audio selection in the player controls to offer.

If sufficient resources are available, an audio / video signal is therefore encoded “on location” for each audio / language version and sent to the streaming server via upload.

In order to keep the requirements for bandwidth, encoder hardware / CPU and, last but not least, men power as low as possible when producing a live stream with several audio / language versions, we offer two options.

In addition to the audio / video signal, any number of other audio signals can be encoded and sent to the streaming server. However, an additional encoder and the associated encoding process are required for each audio signal. On the server side, we set up the creation / muxing of the respective audio / video signals for each audio / language version and assign them to the respective live channel.

We set up a special srt (secure reliable transport) stream and the corresponding srt server. The srt protocol enables multiple audio signals to be encoded with the video and sent to the server as ONE stream. The srt server processes and transmits the signals to our streaming cloud, which in turn takes over the creation / muxing of the respective audio + video streams and their assignment to the respective live channels. This procedure currently represents the maximum simplification in production and works reliably.

Many encoders support the possibility of encoding several (x) audio channels (e. g. language versions) with one (1) video signal and enable a significantly simplified workflow with the right settings. 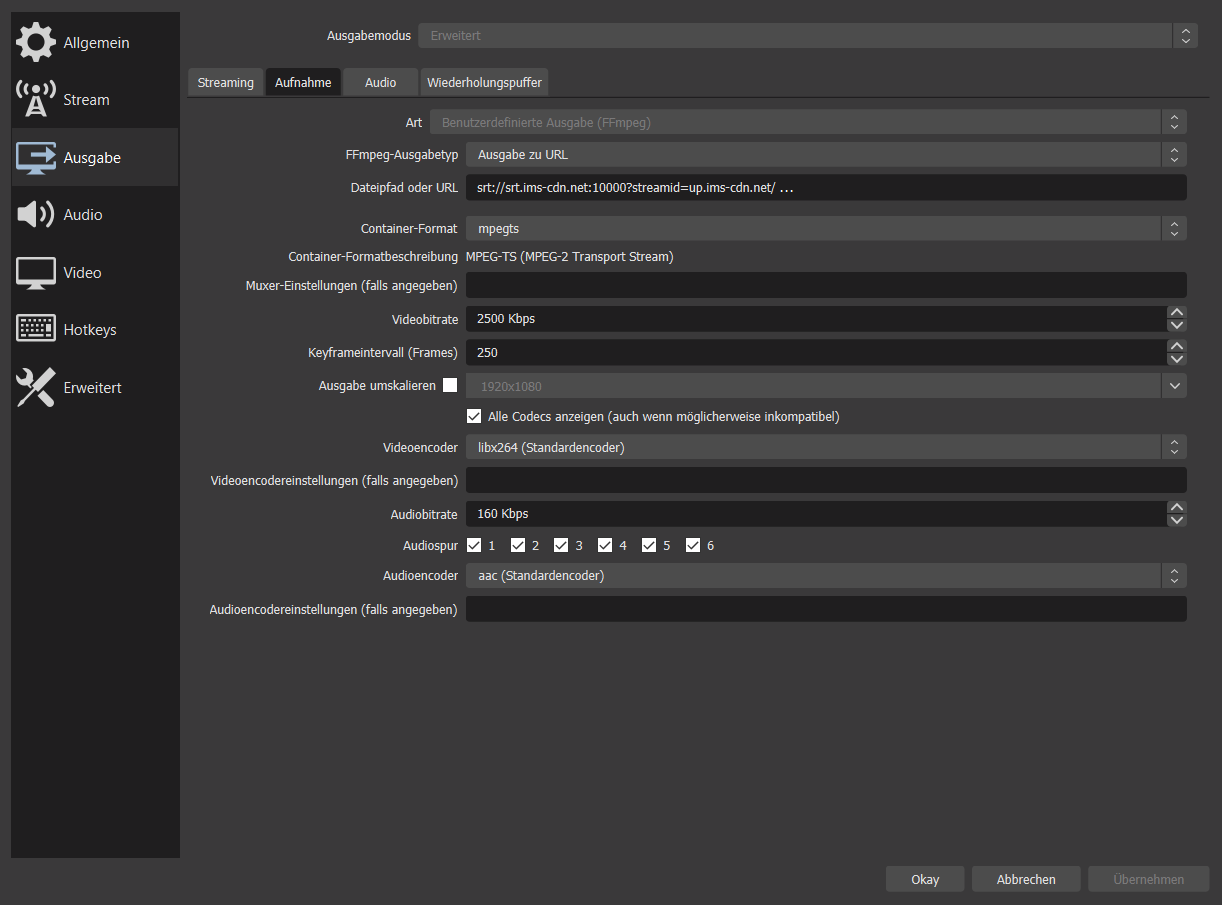 Example: The obs encoder offers the option of encoding and sending up to 6 audio / language versions as additional audio channels together with the video signal.